Formed in Hamar, Norway 2011, The W Likes may have taken a while to get going, but now that they are moving there’s no stopping them. After years of lineup changes, demos and intermittent festival appearances, it was in 2016 that the band really got the ball rolling. With a rejuvenated lineup they recorded their eponymous debut album. By mid 2017 it was released on Ramah Records and a few months later they had a vinyl edition in their hands. Their sound, which fuses Clutch and Sepultura by way of Megadeth and Motorpsycho, had finally started to come together.

By sheer luck, a copy of The W Likes made its way into the hands of Todd Severin, the boss of Ripple Music, who asked the band to contribute to Chapter 10 of their split series, The Second Coming of Heavy. They eagerly agreed, and suddenly the band were off to the races. They doubled down on songwriting for the 2019 release of what absolutely is a monster of a split.

With international acclaim at their backs and the world ahead of them, The W Likes are now writing their second full length. Moving forward one mammoth riff at a time, the band have proven that perseverance through any adversity pays off. They have proven that 70s rock and Sepultura worship can in fact come together to make something great. Most of all they have proven that they have what it takes to be Norway’s next great rock and roll revolutionaries. 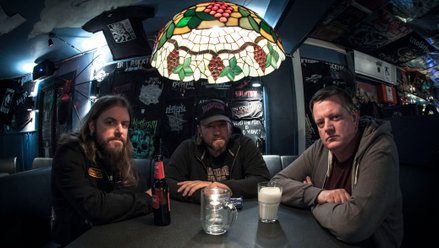 This band fuses their love for Grunge, Stoner, Punk and Metal into something special that is hard to put into just one genre.

After the release of their debut album, they started playing more shows all over the greater province of Buenos Aires. Continuing writing new material and developing their sound, which resulted in the 2016 live recording of the EP “Ceropositivo” at the Enrique Santos Discépolo Studio at the University of Lanus. The EP was produced and mix by the band themselves, the mastering was done by Sergio Chotsourian (Los Natas/Soldati) at Death Studios.

In 2017 Babas del Diablo crossed paths with Balbosj, owner of Norwegian label Ramah Records, on holiday in Argentina. A friendship was made.

In 2019 they started the writing and pre-production of what would become their latest album “ El Origin del H@mbre”. Recorded at the Unplugged Rock House engineered by Cesar Barrabia (Pork), produced and mixed by the band and self-released in 2020.

2021 marks ten years of Babas del Diablo. This is celebrated with a special live session with guest musicians performing songs from “El Origin del H@mbre” streaming on YouTube. An re-release of the “Ceropositivo” EP on cassette from Argentinian label Ruidoteka Records. And signing a record deal with Ramah Records for future and past releases to get a vinyl treatment.

Be sure to keep an eye and ear out for Babas del Diablo as the future is certain to bring you more heavy tunes from these four guys from Claypole. 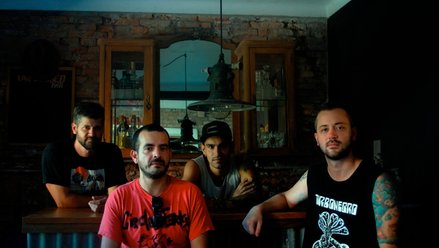